You are here: Home / Blog / DigiKnow I Have Strong Feelings About Wheelie Bins 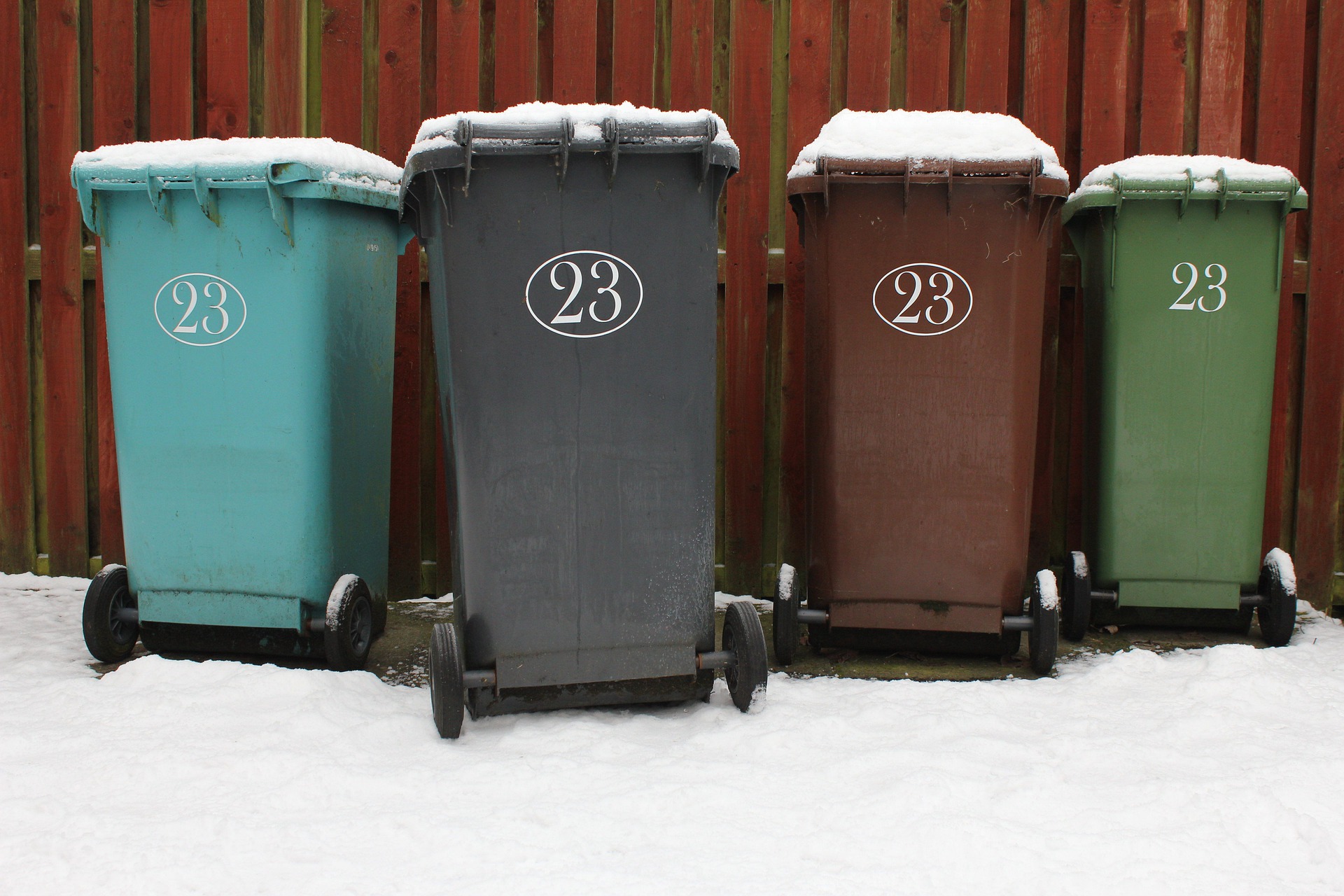 During my time as a post graduate student I developed a slight obsession with wheelie bins. As unlikely as it sounds the giant multicoloured plastic structures became a symbol of digital exclusion.

I’m a massive fan of digital, professionally, personally, as part of education, as a fun pastime I’m there for ALL of it, but there was a point in recent history where “they” took away the choice. The point where a decision was made to force people to do things online instead of via human interaction. This point is called Digital By Default.

It is now policy that access to all government services at local and national level should primarily be done digitally. Information is found online, applications are done online, payments are done online and all associated support is found online. Digital is now the default for taxing your car, claiming your benefits, filing your tax returns and even ordering new wheelie bins from your local authority.

I understand why. I appreciate the benefits to both the authorities and the general public. There is a huge financial pay off to digitising access to services and doing things online allows for 24 hour access. No more queuing at the Post Office on your lunch break to tax your car, you can do it online whenever you want. Members of the public no longer have to wait on hold for the “next available operator” you can order a new wheelie bin on the council website.

My problem with all this fantastic progress, is that digital has become more than a way to access these services, in many cases it has become the only way to access these services. I have to do my tax return online. I have to order council services online and since every branch of every single bank in my village closed, I have to do the vast majority of my banking online. My life has become digital by default, which is absolutely fine and has no detrimental effect on my life whatsoever.

So why am I moaning about it?

When everything is digital by default – who gets left behind?

I started using computers at school in the late 80s and I’ve been using a computer at work since the start of the 90s. I used to be a personnel administrator and at that time, every individual employee had an orange folder with their name on the front, that contained all their paperwork such as their original application form, their sick card, their late card and any other documents related to their employment. Everything was in the orange folder and the folders were stored in a collection of filing cabinets.

In 1990 I returned from maternity leave to find that the filing cabinets had gone and all the desks had computers on them connected to a mainframe HR system. A couple of years later I went on maternity leave again and when I came back the computers had changed and we now had Windows machines. I missed the training because I’d been at home playing with my baby and as a result kept waving my mouse in the air, because I didn’t realise that it had to stay on the desk!

Over time the hardware and software changed, but through working in various admin positions, I got used to using computers as part of my every day life. Every change was met with some form of training package and if anything broke, I simply reported my problem to IT. In the mid 90s we bought our first PC, which meant that we had the internet at home, courtesy of the good folks at AOL. I have been using computers day in and day out for years. I work in digital and compared to most of my friends and family, I’m really good at tech stuff. I use the internet for work, for fun for everything. I use it to socialise and even use it as part of my parenting from time to time. Why shout up a flight of stairs, when you can simply Snapchat your kid a picture of the bin they still haven’t emptied? (and laugh to yourself)

This long term relationship with technology may be fairly typical for lots of people, but it is definitely not the case for lots and lots of others.

If I had to request a new wheelie bin, I would prefer to ring the council and order one, but now I can’t. I can still try, but whilst I’m on hold the music will be regularly interrupted by a voice telling me that it’s quicker and easier to do everything on the website. If I’m willing to ignore this advice and stay on hold for an extended period of time and play several rounds of the press 1 for this, press two for that game and hold out for a human interaction, the chances are that I’ll be told that the only way to order a new wheelie bin is to do it online. Despite my stubbornness, it’s not really a big deal. Ordering my wheelie bins by phone is merely a preference, I can easily follow the recommended procedure. It’s not a big deal, but for many people it is.

If you need to claim Universal Credit you have to complete that application online. There is NO alternative. Digital is the only way and the consequences of not completing the online process correctly can have devastating consequences.

Despite the fact that I’ve mentioned them a lot over the last few paragraphs,  I rarely have to actually order wheelie bins, but it’s an easy way to illustrate an example of digital exclusion and although I’m not personally disadvantaged by digital by default, I can see so many groups of people who are.

Having moaned about the government’s digital by default policy for at least two years, I’ve finally found a way to do something about it – sort of. I can’t stop them forcing people online, but I can teach people what to do when they get there.

I joined the Online Centre’s Network and deliver free training to anybody interested in developing their online skills. So whether you’re not sure how to switch on a computer or you already do lots of things online, but would like to know how to do something specific such as: online banking, claiming universal credit or finding health information, you can access free training through businesses like mine. I’m part of the DigiKnow scheme which aims to get Stockport residents online.

A. When it’s a pop up training centre.

As part of my DigiKnow commitment, I decided to deliver training to people in my local community, but since I usually work from home, I needed a venue. The owner of a local bakery called the Dutch Apron said that I can use the front of her shop for a month, so I’ll be spending the rest of March running workshops and drop in sessions for anybody interested in getting on the internet or developing their confidence online. They don’t even need a computer because I’ve bought four laptops and have a portable wifi hub. I don’t know how many people I’ll see between now and the end of the month, but even if only a handful of people come along, it will be worth it.

So whilst it’s true that I am still slightly obsessed with wheelie bins, that isn’t necessarily a bad thing.