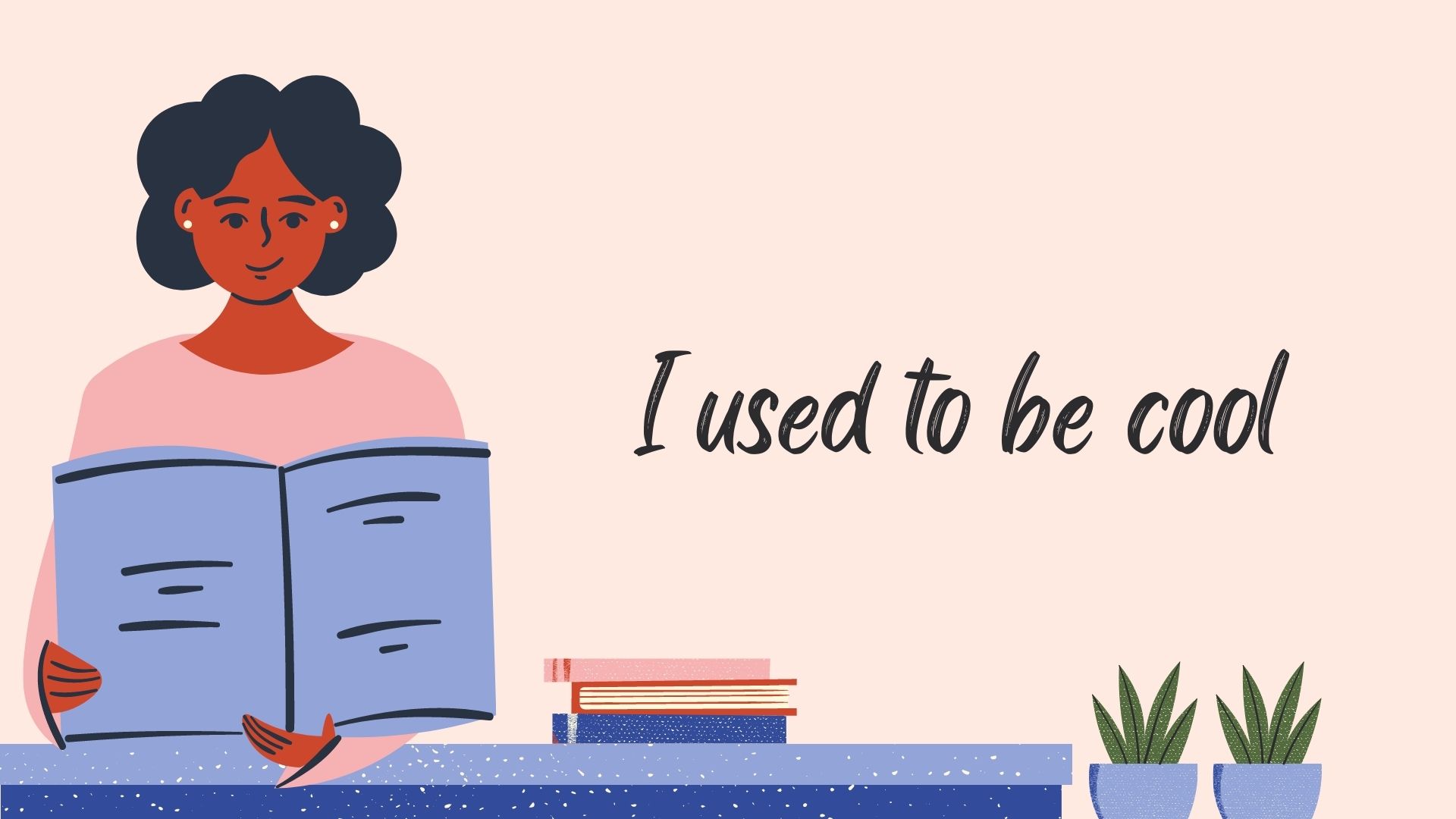 I used to be cool. Not cool enough to set trends or have dozens of people look up to me, but I was certainly a lot cooler than I am now.

In the 90s I drove a Golf GTi, with the windows down and my music blaring (even after I got 10 points on my license and had to stick strictly to the speed limit) I loved that car and I especially loved me, in that car. These days I have a Peugeot which is ok, but it’s not cool and when I’m not in my little Peugeot, I’m driving a Mondeo Estate, which is most definitely not cool!

I’ve somehow, become somebody that enjoys listening to Radio Two and watching Gardeners World. I moan about the cost of tracksuit tops in JD and need my teenager to point out the difference between two identical (to me) pairs of white Nike trainers. Music is possibly the only part of me that still has any obvious coolness, but I’ve become one of those people who hears a song on Capital and not only tells you that it isn’t new, but also tells you the artist that originally recorded it and usually prefers the original to the sample, unless it’s hip-hop or garage where I probably like both.

I still have patches of coolness, which seems to confuse people. Most people expect you to be one thing or another and have difficulty accepting that you can be a fan of Monty Don and be outside gardening whilst listening to rap music. Why can’t I prune my hardy perennials whilst listening to old school Kanye?

I used to be cool. I don’t particularly mind not being cool, but I definitely miss being fearless.

Young me was fairly cool and extremely fearless. I wasn’t scared of anything. Granted a lot of that was due to being blissfully unaware of lots of things, including how dangerous it was to embark on some of the things I did. They say that when you know better, you do better, but the downside to this is that once you know that something could go wrong, that you start to factor safety into your decisions.

Generally this is a good thing. Safety and common sense are good things, except when they’re not.

When you want guarantees that things won’t go wrong, before you’ll try them; When you stop trusting yourself to make decisions; When you inhibit your own growth; When you’d rather toss a coin then trust your decisions – those are not good things.

Should I have been replacing my own light fittings at 18? Absolutely not, but who knew that I’d turn into somebody that keeps a brand new chandelier in a box for five years, because I don’t know an electrician?

There’s a long list of things I’m not very good at, but back when I was cool, they never mattered to me because I only ever cared about the things I was good at. It didn’t matter that I couldn’t draw, because I could run really fast and I could land somersaults. I was never any good at tennis, football or netball, but they didn’t matter because I was the best at long jump and I knew how to do the Fosbury Flop. Now that I’m a techie and I’m good at that, I have an answer for myself, when I question who I am, now that I’m not an athlete or a gymnast, but it doesn’t cover everything.

I’m pretty average in lots of ways and I’m surprisingly okay with that, but I really miss being fearless. I miss assuming that if I do the right thing it will all work out. At some point my fearlessness started to erode and the pace quickened the minute I started to care about “doing it right” I’ve become preoccupied with doing things right and my desire to do things right, gets in my way. I’ve gone from casually risking electrocution, to not being willing to do things, I know how to do, unless I’m sure I’m doing it the right way. I used to get my sewing machine out and have a go, now I want to know everything will be perfect before starting a project, even if it’s only a pair of pyjamas that only I will see.

How did I do a full 180 from confidently not thinking, to consistently over thinking?

Most of the things I do are absolutely not life-threatening. I’m not a brain surgeon, but I like to do things right, so I like to know everything before I start anything, which does nothing to reduce my natural tendency to procrastinate.

I’ve had the same garden for years and most of those plants hadn’t been pruned since my Golf GTi days, because I didn’t really know what I was doing, started to worry about doing things wrong and just left them all to their own devices. I’m not a surgeon, even when I really mess things up, I generally only affect myself. The thing I forget, to remember, is that even when things go wrong and sometimes things do, the end result is rarely life-threatening. It’s usually a bruised ego, a damaged credit rating or a plant that won’t grow back.

I’m ok with being older and less cool, but I really missed being fearless and decided that the best way to counteract that, was to start being braver. Nothing too over the top. I started by reclaiming my visibility and went back to being more noticeable with my hair and oddly enough with my gardening. Last year I started being brave with my gardening and started pruning things. Cutting back my rose bushes was terrifying, but when most of them reappeared this year I was relieved and also knew that I’d done the right thing, which will make it easier to cut them back again this year. Monty Don told me exactly what to do, but I ignored him because I was too scared to do what he said, until last year when I decided to be brave and follow his instructions. I did it and this year most of my roses were better than the year before. My bravery was rewarded, so this year I’m hoping to expand my acts of bravery in not only my garden, but also the other bits of my life.

I had some big plans for this year, but I’ve been talking myself out of them, because I started to worry. I started reflecting on my past mistakes and started doubting my abilities. I know where I want to be, but I won’t get there unless I pull up my big girl pants and give it a try. I won’t be acting recklessly and I’ll definitely be getting advice from the experts in my corner, but I think it’s time to go back to being fearless.

I’m not old, but I’m definitely not a kid anymore. If I genuinely am halfway through my life, then I am determined to find a way to claim back my fearlessness and be a bit braver on things. It’s the only hope I have of regaining my former coolness. Otherwise cool fearless me is going to fade away and I’m definitely not ready for that.